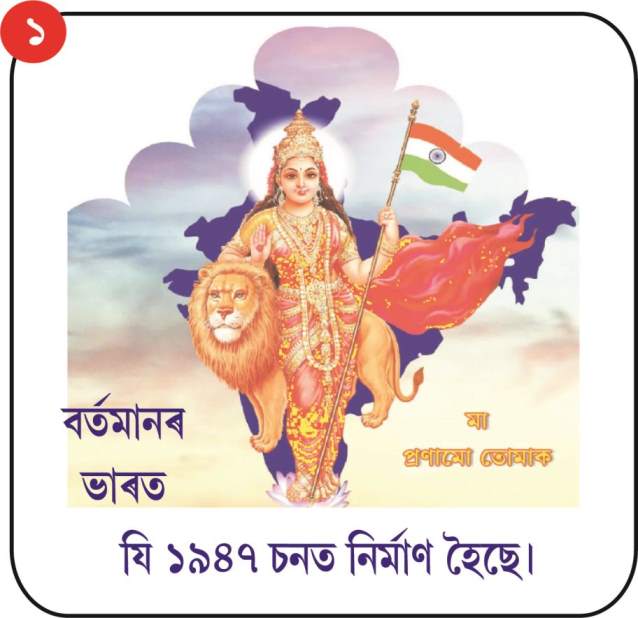 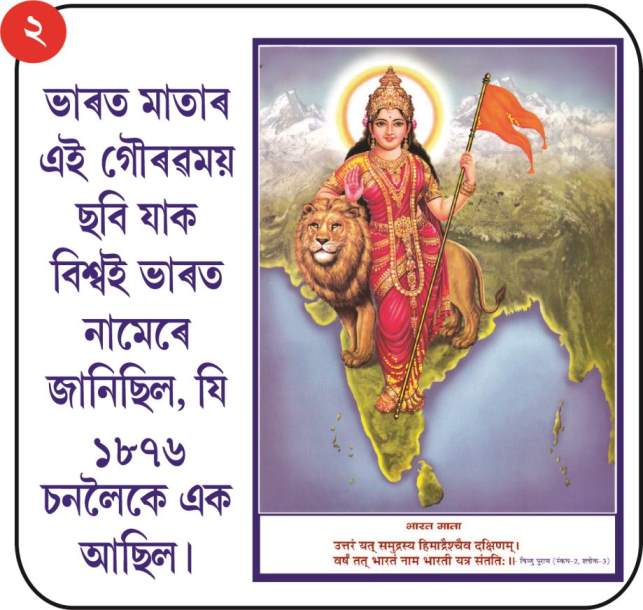 Akhanda Bharat 1876
The pictorial representation of Bharat before the partition of Afghanistan, Nepal, Bhutan, Tibet, Sri-Lanka, Myanmar, Pakistan and Bangladesh 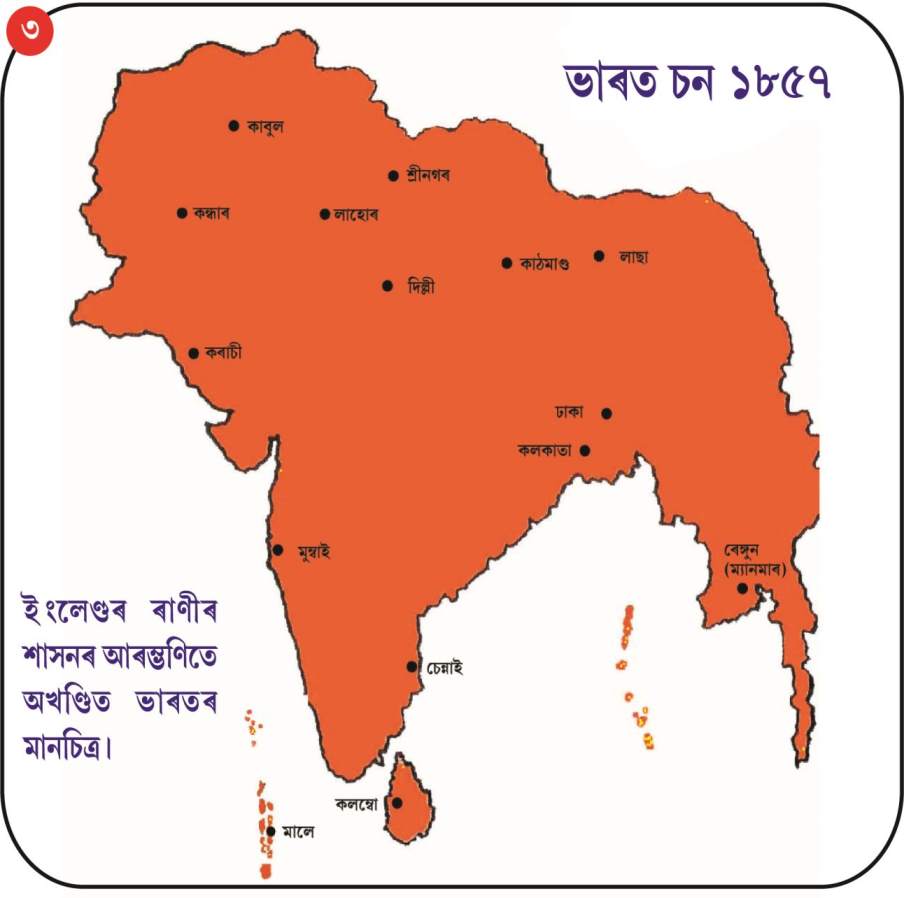 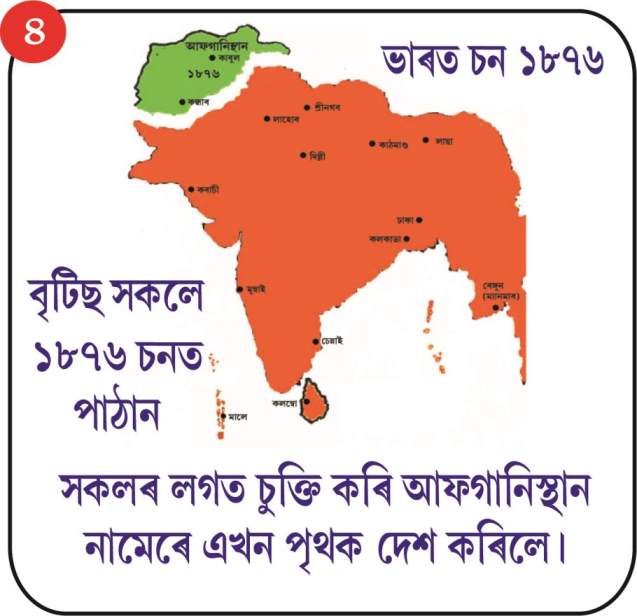 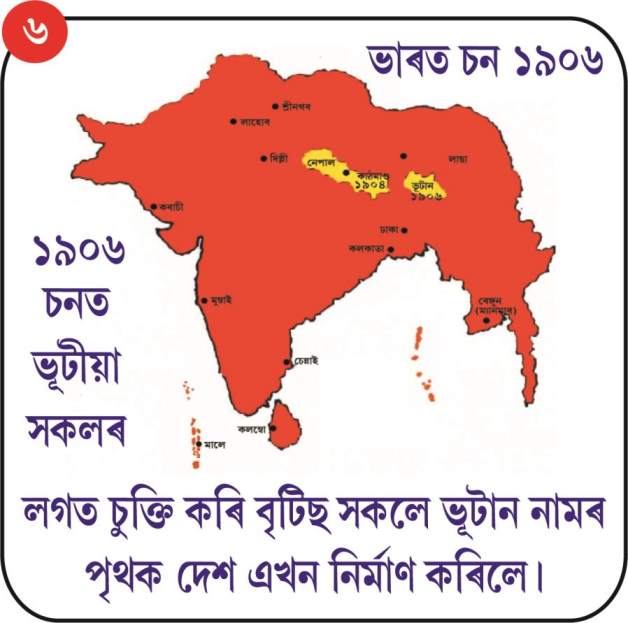 Bharat 1906
In 1906, the British signed a treaty with the indigenous tribes of Bhutan due to which Bhutan became a separate country Bharat 1914
In 1914, the Britishers signed a treaty with Tibet and declared it a Buffer State which China occupied later in 1955 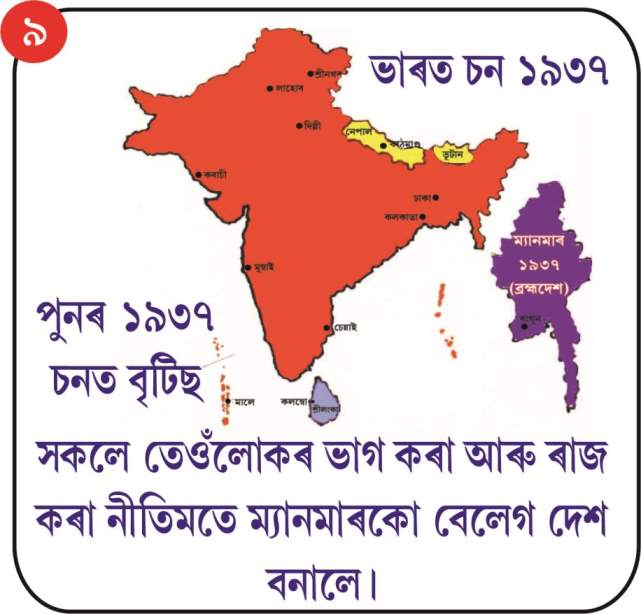 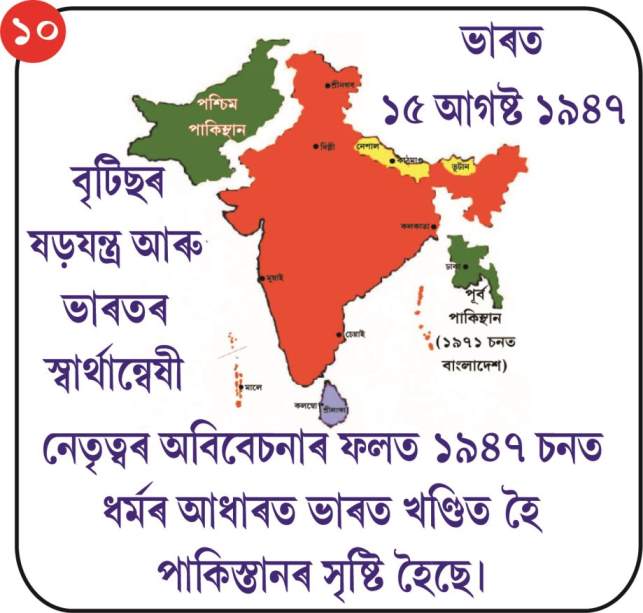 India 15th August 1947
In the August 1947 partition, Pakistan was carved out as a separate country 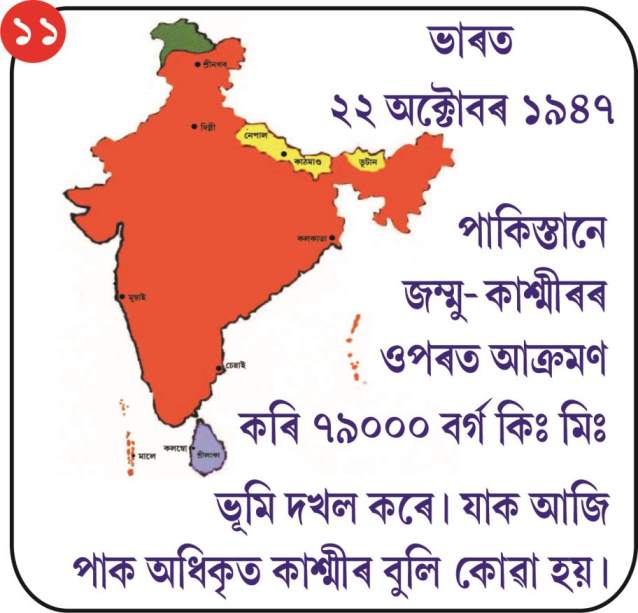 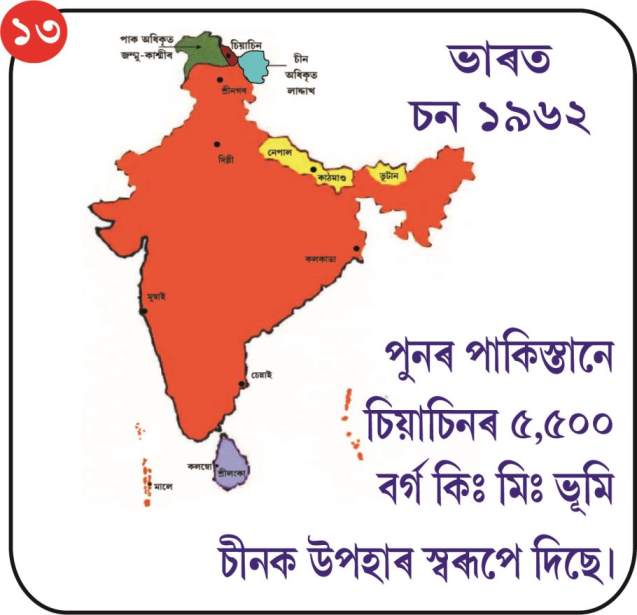 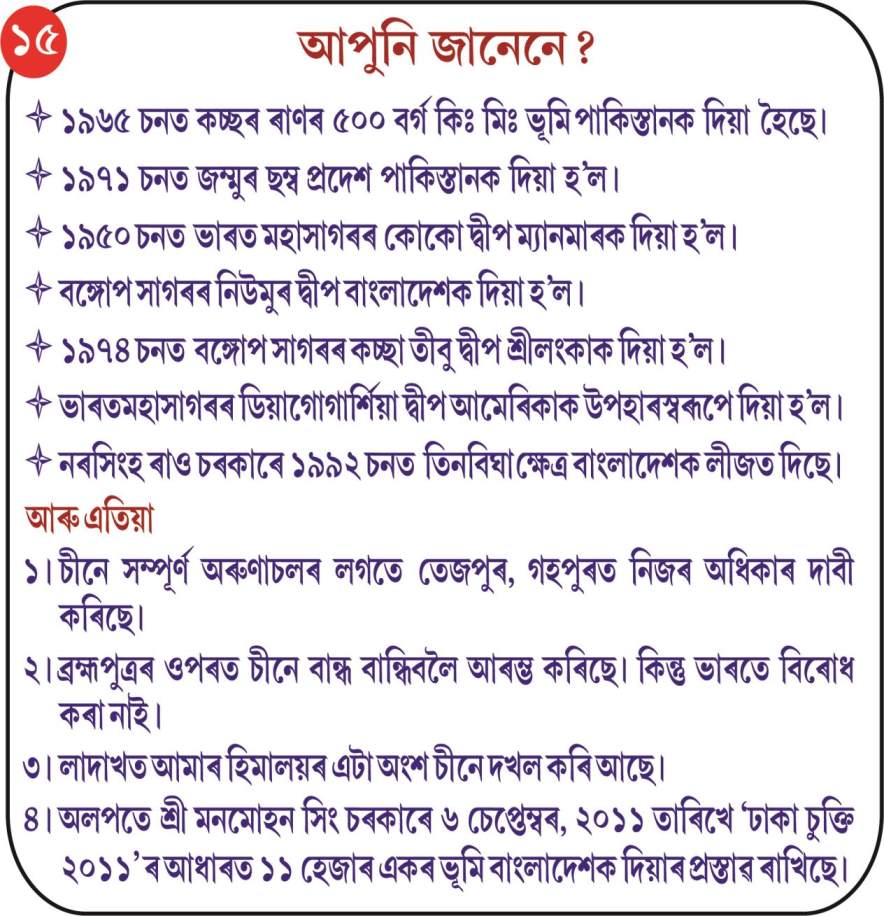 Do you Know?
In 1965 500 Km2 land from the Rann of Kuch was given away to Pakistan
In 1971 Chamba Pradesh belonging to Jammu was given to Pakistan
In 1950 the Coco Island in the Indian Ocean was given to Myanmar
The New Moor Island in the Bay of Bengal was given to Bangladesh
In 1974, the Katchatheevu island in the Bay of Bengal was given to Sri Lanka
The Diego Garcia Island in the Indian Ocean was gifted to the United States of America
In 1992 the P.V. Narasimha Rao government had given 3 bigha land to Bangladesh on lease
And Now
1. China is claiming the entire Arunachal Pradesh along with Tezpur and Gohpur of Assam
2. China has started to build a dam on the river Brahmaputra but India has not shown any mark of protest
3. China is occupying a part of the Himalaya in Ladakh
4. On 6th September 2011, the Manmohan Singh government has proposed to give away 11000 acres of land to Bangladesh under the ‘Dhaka Treaty 2011’ Do you remember?
1. When China attacked India on 20th October 1962and insulted and occupied almost 80,000 Km2 land in India; the Parliament then appreciating the victory of our brave soldiers and while paying tribute to the martyred soldiers with utmost confidence swore to evacuate every enemy from the sacred land of India even if it has to pay a high price and require time, India is completely ready for it

2. After its creation, Pakistan occupied 78000 Km2 land and blocked India's passage to the western countries. Today that area is called Pakistan (or India?) occupied Kashmir (PoK). On 22nf February 1994, the Parliament with the consent of both its houses swore to free India from the illegal occupancy of Pakistan in Kashmir